Sorry for my absence. My husband took a bad fall last Monday, and I didn’t have time to post. He is recovering slowly, but we’re grateful to God that he didn’t break any bones. He’s just very sore. 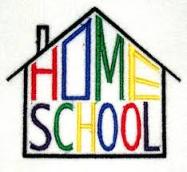 We homeschooled our three children through most of their primary education years. It was a privilege to do so, but it wasn’t easy. I tend to be a quitter when things get too hard for me. But by the grace of God I haven’t quit my marriage, nor did I quit my goal in being primarily responsible for the education of my children. Doing this allowed me the privilege of teaching my kids history, which is a subject I’m passionate about. Mostly, I loved doing biographies and seeing how God’s hand provided for them in their trouble.

When we began I set up a timeline in our laundry room that covered both B.C. and A.D. centuries. When reading the Bible we were able to place those people on their place in the timeline of history. It was a great visual. When we began studying the Industrial Revolution it was astounding to me. I had never put all the facts I had learned in school together on a timeline to see the progression of this time period. I discovered famous people who were friends and how God used those friendships to facilitate new discoveries.

One of my favorite stories is of a young boy who was born in a little village outside of Paris, France, in 1809. His father was a tanner and made leather goods of all kinds. The boy was a smart three year old and was already starting to read. He had always been curious and even though his father had forbidden him to touch his tools, he couldn’t resist. One day while attempting to punch a hole in a leather strap like he had seen his father do many times, the awl slipped and pierced his eye. Within days his eye became so infected and spread to his other eye, which in turn caused him to go blind.

The boy had loved learning to read. He was saddened when he realized there weren’t many books for the blind. This was due to the fact that they were made up of raised letters in the alphabet. Each page contained only a couple of sentences, making them cumbersome to handle and difficult to read. Each book was so large and expensive to make that there were only a few in existence.

This is the story of Louis Braille. His curiosity and love for reading compelled him to discover a way for the blind to read as easily as those who had sight. What you may not realize is that it was his discovery which enabled Helen Keller, who was born deaf and blind, to lead a normal and productive life. She was invited to honor him a hundred years after his death when his coffin was relocated to Paris during a solemn ceremony to honor his accomplishments for the blind community. This video is live footage of the ceremony.

Another interesting connection is the friendship which developed between Helen Keller and Thomas Edison, who was partially deaf. Seeing how God used both of their disabilities to motivate new inventions that helped those with similar disabilities function independently in life is inspiring. I love making these connections and seeing how trouble and/or weaknesses can end up being used for good.

This helps me look for the bigger picture when I’m facing trouble, and I’m hoping it will help you as well. Knowing history helps us make sense of our own story as it’s being written. After all, it’s all His Story and for His glory!

What stories on your timeline have inspired you? Have you made important connections by stepping back and looking at the bigger picture?

Homeschooling with Boys... “AND ALL THY CHILDREN SHALL BE TAUGHT OF THE LORD, and GREAT shall be the peace of thy children.” Isaiah 54:13

thoughts from the forest

Hannes van Eeden
Rhythm In Life
The Essence of you

Sean of the South
The Romantic Vineyard

A Rich Harvest of Ideas to Help Your Marriage Grow

The Power of Story

Man Is Not An Island

"Life past, present, thoughts about the future, and ever changing world."

What You Blog About

a daily reminder to grow your marriage

Not That Big A Deal

A good laugh and a long sleep are the two best cures for anything. ~ Irish Proverb

Learning to Dance with Desire